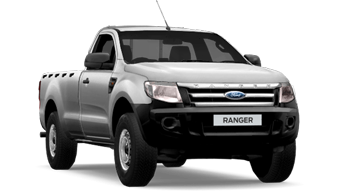 The Ford Ranger has been ruthlessly tested in some of the most hostile environments, under extreme temperatures, and across the harshest terrain on earth. The vehicle’s also been put to the test by some of the world’s most unforgiving judges, who voted the Ranger: International Pick-Up Award 2013. These leading motoring journalists were unanimous in their decision, giving Ranger more points than the combined total for both the second and third-placed vehicles. No doubt the judges were impressed by the extra power, delivered by a new line-up of advanced Duratorq diesel engines, which can help you transport a payload of up to 1,340 kg and tow up to 3,500 kg. At the same time, the engines provide improved fuel economy while meeting Euro Stage V emissions standards. The Ranger is the first pick-up ever to achieve a prestigious Euro NCAP 5-star safety rating too.